A successful digital security technique has three spaces: People, Processes and Technology. Its fundamental point is to discover the holes or shortcomings among individuals, procedures and innovation and afterward recommend some compelling controls to evacuate those holes. 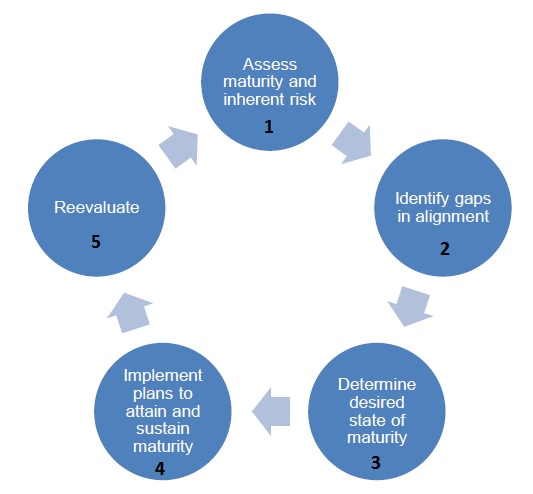 Providing the vast set of services in the vulnerability assessments and penetration-testing domain, our services include but are not limited to:

Our remarkable administrations comprise of a to a great extent manual approach concentrated on finding the most basic bugs which may not be misused or found by the basic computerized scanners. Our Approach incorporates 65%-70% of the manual testing where the main creeping stage is directed is led in a computerized way. Manual testing dispenses with influencing the generation condition while mechanized instruments can wind up doing a Denial of administration. Approach We lead every one of our tests utilizing three distinct methodologies, for example,

Many Organisations use Mobile Device Management (MDM) applications like Blackberry Enterprise Servers or may be a third party Device Management Server. Pyramid team helps you with MDM Assessment service by conducting a security assessment of the servers to identify unsuitable configurations or policies which are not in compliance with the organization security policy and best practices.

Our Source Code Review helps to discover the underlying code issues which may not be detectable in the exposed user interface. Pyramid team can review source code for applications of different platforms like iOS, Android, Windows.

Network Security Audit helps in finding out how well a particular part of the system complies to the standards set by the organization. Performing a network security audit is a good way to know where should we focus to ensure security. When and where users log on, access to the database, transfer of files is some of the items that are viewed in the network security audit.

What does a network security audit cover?

Why is Network Security Audit necessary?

What all effects a DDOS attack can produce?

How do we help?

We firstly understand that there multiple attack sources and methodology for sustaining an attack. The solution that we provide addresses both DOS and DDOS attacks because DDOS attack can take the form of a pure DOS attack sometimes. We patch all the machines on the network and monitor the traffic on the network to ensure that the systems are not compromised. The plan of action also includes understanding the various types of DDOS attacks.

Threat Intelligence is the knowledge gained out of the information gathered from incidents or events which helps in identifying security threats and accordingly make decisions. It also helps in prioritizing threats and protecting the organization from the attacks that could do them the most damage.

Why is threat intelligence important?

Having a threat intelligence-led security program gives the organization a fighting chance to defeat the ever-changing threats. Not all threats are created equal and not all threats would have the same impact on an organization. It not only finds out the anomaly in the system but it can also help catch adversaries early in the attack lifecycle.

Which are the sources of Threat Intelligence?